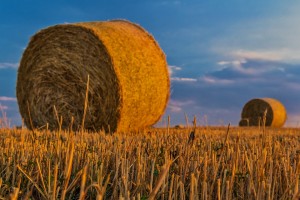 (Chuck Muth) – As we enter 2016, the issue of U.S. agricultural policies will gradually move to the forefront of political discussion as the presidential nominating campaigns wind down and general election attention shifts to key “swing” states in America.

“Many of those swing states we will be watching on the high-tech electoral maps this fall have significant agriculture and rural constituencies,” writes Marshall Matz for Agri-Pulse. “The rural vote is larger than the farm vote but agriculture issues still impact the rural economy and the rural vote.”

Indeed, as the political parties begin focusing in the fall on how to chalk up the 270 electoral votes needed to win the White House, that, Matz argues, “will put agriculture and rural issues front and center for candidates to address.”

Those issues are currently being overshadowed on the campaign trail by other hot-button issues.

“Politically, agriculture is a victim of its own success and efficiency,” Matz points out. “But it is a major risk for candidates to ignore agriculture and only focus on national security,  immigration and the other issues the have preoccupied the primaries.

On the GOP side, Matz writes that Jeb Bush, John Kasich and Chris Christie stand out as strongly pro-farmer; that Marco Rubio and Rand Paul have a mixed record; and that Ted Cruz is considered an “anti-farmer candidate” because of his vote against the 2014 Farm Bill.

According to a report in Prairie Business Magazine, “Berg said Cruz would rather hand over the U.S. sugar market to countries like Brazil, which subsidizes their sugar industry with $2 billion per year, while the American program is used only occasionally, and for far less.”

As for Donald Trump and Ben Carson, Matz notes that they have no voting record, so it’s difficult at this time to nail down exactly where they stand on key agricultural issues.

On the Democrat side, Matz says both Hillary Clinton and Bernie Sanders are viewed as strong pro-farmer candidates.