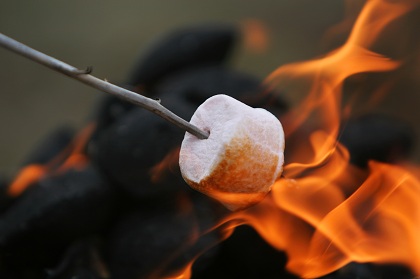 (Chuck Muth) – James Bovard has an interesting new column in Barron’s this week titled, “Farmers Should Farm for a Living: And politicians should stop dishing out the pork.”  Hard to argue with the premise – until you look at the facts, details and reality.

In the op-ed, Bovard is critical of U.S. farm policy in general, with a specific mention of the current U.S. sugar program…

“Food manufacturers that use sugar are held hostage to a byzantine combination of price supports and arbitrary import restrictions that make producing candy far more expensive here than abroad. Since 1997, sugar policy has zapped more than 120,000 jobs in food manufacturing, according to a study by Agralytica, an economic consulting firm.”

Bovard’s claim that the cost of domestic American sugar makes “producing candy far more expensive here than abroad” and has cost American workers “more than 120,000 jobs” since 1997 is like saying a campfire is responsible for global warming.

Does burning a few logs to toast my s’mores contribute to global warming?  Well, I guess you could make that claim.  But comparatively speaking, it’s really an infinitesimal factor.  Ditto Bovard’s argument as it relates to sugar and candy-making.

According to the USDA, food manufacturers paid 27 cents for a pound of sugar in July 1997.  Adjusted for inflation, using the Bureau of Labor Statistics’ CPI Inflation Calculator, that would equate to 40 cents today.

So if, after adjusting for inflation, the cost of a pound of U.S. sugar today is about 11 cents per pound LESS than it was in 1997, how can any rational person claim it’s the cost of sugar that’s driving manufacturing jobs out of the country?

If the cost of “producing candy (is) far more expensive here than abroad” today, it’s not the cost of U.S. sugar that’s responsible.  Even without adjusting for inflation, the difference in the cost for sugar is infinitesimal by comparison.

No, the real reasons candy is far more expensive to manufacture in the U.S. today than in 1997 are the cost of labor, mandated benefits, taxation, government regulations and, of course, profit-taking for candy-maker shareholders.

There are good and valid reasons to be critical of the current sugar policy in the U.S., but the cost of sugar as it relates to the cost of sugar-infused products today vs. 1997 certainly isn’t one of them.  Congress should bear this in mind during any discussions of sugar policy reform when it gets back from its summer recess.