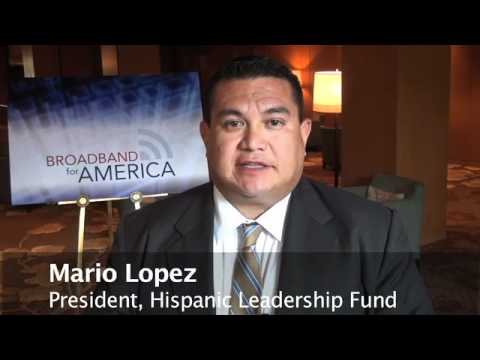 (Mario H. Lopez) – With issues surrounding international trade now on the forefront of various countries’ economic agendas, American proponents of free trade are finding themselves having to explain their viewpoints and defend the economic benefits of trade, including to a Republican White House.

Around the world, governments are harming markets, including in the always-sensitive agricultural sector.

For some time, sugar has also been in discussions in the continuing trade talks, although the debate surrounding this commodity precedes the current tariff battles. This dynamic lends itself to a way forward that can, and perhaps should, appeal to those who want to make a substantive point that unilateral trade barriers against American commodities requires action, and those who would have us reap the benefits of that trade regardless.

It is possible, after all, to establish a trading regime that both establishes mutually beneficial rules that countries must follow and gets government out of the way. Sugar could set an example.

But accomplishing this means doing something about the current state of the international sugar market, which features the world’s most subsidized market

The United States is the fifth largest sugar producer and fifth largest consumer of sugar in the world. Heavily subsidized sugar exporters like Brazil, Mexico, Guatemala, Colombia and India have severely distort the market thanks to those governments’ heavy subsidization. Current sugar policies create an unfair competitive benefit creating the world’s most one-sided product market, which is inclined to unstable price swings and supply disruptions.

Last year, Mexico was found guilty of breaking U.S. trade law and dumping subsidized sugar on the U.S. market, costing America’s producers $4 billion in damage. And in Brazil, they use $2.5 billion a year in sugar subsidies and which also includes a $480 million bailout package for its sugarcane ethanol industry, $65.2 million in subsidy checks to sugarcane growers, new ethanol mandates, and $2 billion in favored loans.

In recent years, inefficient producers in India have benefitted from a lucrative direct export subsidy to an already long list of market-altering policies, including special tax incentives, interest-free loans coupled with debt forgiveness, tariffs, and government mandates on supply and price.

American sugar producers, meanwhile, don’t get a dime in subsidy. Instead they get loans that producers repay with interest. It cost taxpayers $0 from 2003 to 2012 and ran at no cost again in 2014 (the only time it carried a cost was in 2013 due to Mexico dumping subsidized sugar onto the U.S. market). This is likely to remain at no- or low-cost in the future unless changed.

While many folks would like to see the current U.S. sugar policies reformed or done away with entirely, others, see that efforts to change U.S. sugar policy will do nothing to promote free-market principles and would leave American consumers dependent on other countries for a vital food ingredient.

Reforming the current sugar policy and establishing a free world market, including the removal of all global sugar subsidies, would indeed help bring U.S. prices in line with global averages and would force U.S. producers to compete in a less regulated market. More free-market policies and price drops in U.S. sugar would help save 142,000 jobs within the sugar industry.

What is the path forward in such a distorted market?

Congressman Ted Yoho (R-FL) is promoting the “Zero-for-Zero” sugar policy through legislation that will repeal the United States policies on sugar in exchange for other countries eliminating their subsidies.

The premise is simple: have all countries that trade in sugar eliminate all tariffs and subsidies and compete on a level playing field. This is a common-sense approach that would replace the world’s most distorted market with a truly free market. Not only would consumers and American sugar producers and their employees benefit, but it would perhaps establish a way forward that satisfies both neo-protectionists in the ‘America First’ camp as well as proponents of free trade.

In the current political environment, here at home and abroad, both of those would be significant accomplishments.

Mario Lopez is president of the Hispanic Leadership Fund, a public policy advocacy organization that promotes liberty, opportunity, and prosperity for all Americans.

Mr. Lopez is president of the Hispanic Leadership Fund