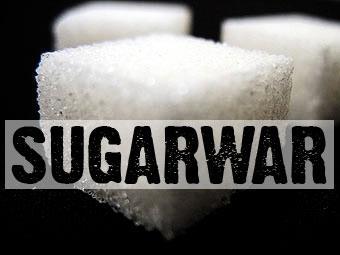 In an article published by the Times of India on September 9, Bloomberg reports that sugar prices in India “have slumped to the lowest in 11 months” even as “rivals lambaste the Asian nation’s export subsidies.”

“The government’s policies on subsidies and export quotas spurred a challenge from other producers at the World Trade Organization,” notes Bloomberg.

Indeed, Brazil, Australia and Guatemala have all filed complaints with the WTO alleging international trade violations, which India denies.

On the other hand, Reuters reported three days after the Bloomberg report that…

“India’s sugar output could fall 20% to the lowest level in three years in 2019/20 after drought last year forced farmers to curb cane planting and as floods this year damaged crops in key growing areas.

“Lower production could help the world’s biggest sugar producer to reduce stockpiles that have been boosted by two years of record output and lower-than-expected exports.”

On the other hand…

Thanks to the U.S. sugar program of modest import tariffs and targeted quotas aimed at nation’s that artificially distort the global market, sugar prices here remain remarkably stable and reliable.

Indeed, the price for Made in American sugar today is almost exactly the same as it was when Ronald Reagan was in the White House.

It may not always be the cheapest sugar on the market – just as stolen watches are cheaper than buying retail – but it’s dependable, allowing manufacturers to plan for the future with a high degree of confidence.

The U.S. sugar program may not be ideal, but this isn’t an ideal world.  If global nations, especially India, want the U.S. to end its sugar program protections, they first need to eliminate their own sugar subsidies.