The China Syndrome: Free vs. Fair Trade in Sugar 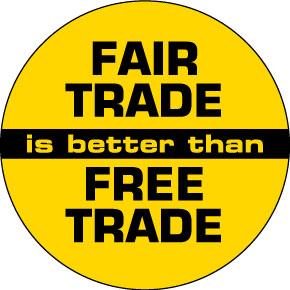 While not specifically referencing sugar, the recent Republican presidential debate in South Carolina did touch on a trade issue dividing some conservatives as it relates to the difference between global free trade vs. fair trade.

The question arose in response to media reports that Donald Trump supported placing a 45% import tax on goods coming out of China because of trading practices, including currency devaluation, that give China’s industries an unfair advantage.

“I’m totally open to a tariff if they don’t treat us fairly. Hey, their whole trade is tariffed. You can’t deal in China without tariffs. They do it to us, we don’t. It’s not fair trade.”

Gov. John Kasich weighed in and backed up Trump’s position…

“I’m a free trader. I support NAFTA. I believe in the TPP because it’s important those countries in Asia are interfacing against China. … But what he’s (Trump) talking about, I think has got merit.”

“For too long, what happens is somebody dumps their product in our country and take our people’s jobs, and then we go to an international court and it takes them like a year or two to figure out whether they were cheating us. And guess what? The worker’s out of a job.

“So when they (rule against) that country that’s selling products here lower than the cost of what it takes to produce them, then what do we tell the worker? Oh, well, you know, it just didn’t work out for you.”

Kashich concluded that we should “demand open trade, but fair trade, in this country.”

And this is exactly the same position many free-market conservatives have taken with regard to U.S. sugar program tariffs that are leveled on artificially cheap imports some nations want to “dump” on us.

As long as foreign governments are subsidizing their sugar industries – which would allow them to sell their sugar in the U.S. for less than the cost of what it takes to produce it – import tariffs need to remain in place, as distasteful as that is to free-marketers.