The Fly in the Free-Trade Ointment of Sugar Program Critics 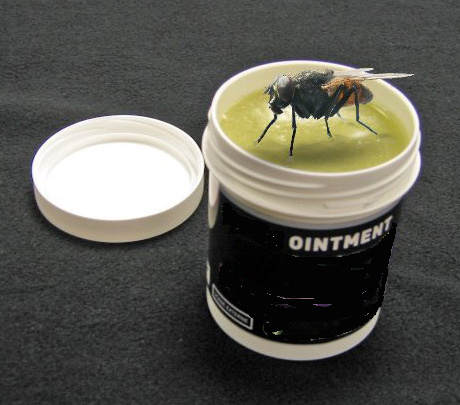 (Chuck Muth, President, Citizen Outreach) – In a recent column, Hafeez Esmail of Main Management LLC quotes a Heritage Foundation report declaring that “Societies that enact free trade policies create…a wellspring of freedom, opportunity, and prosperity that benefits every citizen,” adding that free trade “offers consumers the most choices and the best opportunities to improve their standard of living.”

Hard to argue with that, however…

Let’s say one of the consumer choices in the market is a guy selling knock-off Rolexes from the trunk of his car.  Would any free-marketer support that “free trade” even though consumers benefit from the lower prices?  Of course not.

And that’s the fly in the ointment of free traders who criticize tariffs and quotas in the U.S. sugar program which are directed at foreign competitors who are artificially deflating the global market price thanks to subsidies provided to them by their governments.

It’s not free trade when a party is using unethical or unlawful trade practices to gain an unfair advantage over competitors who are playing by the rules.

Mr. Esmail further undermines his own argument by telling a whopper and citing ancient history to buttress it.

First, there ain’t no group of farmers on the planet who are more efficient than American farmers.  Period.

Secondly, the figures cited are from SIX YEARS AGO.  Prices are a lot lower now and are just now starting to recover after Mexico broke US trade law in 2013 and dumped mountains of subsidized sugar on the US market – an action that drove Hawaii out of the sugar business altogether.

Thirdly, the cost of a pound of American sugar TODAY is almost exactly the same as it was over 30 years ago when Reagan was president.  To suggest that the rising cost of sweets and treats in the U.S. is due to the cost of American sugar is to take the idea of “fuzzy math” to an entirely new level.

Mr. Esmail is correct in one thing he wrote though; getting closer to free trade “is often a complicated process.”  But not impossible.

Rep. Ted Yoho has long supported a congressional resolution – Zero for Zero – that would zero out the protections afforded our domestic sugar industries in return for foreign competitors zeroing out their unfair government subsidies.  Such fair trade is the precursor to true free trade.

Complicated or not, it’s the right path for Congress to follow.