A Month in the Life of Globalists’ Fake ‘Free’ Trade 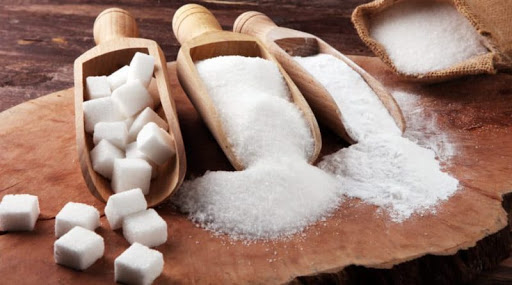 (Seton Motley) – There are a bunch of very good reasons why the globalist regime of fake “free” trade is finally beginning to collapse in a giant heap.

The overarching theme being: Globalist fake “free” trade – was never, ever free.

Which is why we – have been the Fools of the World.

In the name of fake “free” trade, the US got rid of most tariffs, import limits and subsidies.  The only problem being – almost no other country did any such thing on anything they trade.

Want a visual aide?  Of the mass imbalances government can create in trade – and how those government actions continue unabated?

Shocker: The biggest subsidizers – control the biggest shares of the market.

Brazil controls almost half the market – all by its onesies.  Probably not at all coincidentally, Brazil subsidizes their sugar producers at between $2-1/2 billion and $4 billion per year.

Thailand controls 10% of the global market.  Un-coincidentally, they subsidize their sugar producers $1.3 billion per annum.

Having but two nations dominate a 100-plus country marketplace – as a result of massive government cronyism – is antithetical to the actual competition 100-plus countries should provide.  And it absolutely is not free trade.

Which is, in a way, perfectly understandable.

Watching other governments’ trade cronyisms destroy sectors of your domestic economy – should freak you the heck out.

That for decades this freak out never happened here – is our shame for the ages.

So let us look at some of June’s global sugar anti-market actions.  With nations bolstering their crony defenses – against other government cronyisms.

“Food ministry has chalked out four-month plan to liquidate stocks worth Rs 30,000 crore with sugar mills to help them improve cash flow and pay cane arrears to farmers, officials said.

“‘Apart from that, we would be releasing assistance of Rs 1,100 crore on account of export and buffer subsidy to sugar mills this month itself. This would facilitate sugar mills in clearance of their balance arrears, which have crossed Rs 22,000 crore,’ said a senior food ministry official.”

“The government may announce a relief package worth Rs 10000-Rs 12000 cr for the sugar industry.”

I believe I have done the currency conversions correctly:

That is $5.3 billion US in Indian sugar subsides – on top of what they’re already subsidizing.

Here’s the article – but unless your Cyrillic and Georgian are honed…it won’t do you much good.

What Georgia is doing – is kicking sugar a number of additional subsidies.  Including cheaper natural gas and railway transportation of product.

“Local production needs more support, based on the fact that the scale of the global market is greater and the cost is much lower. Of course, in order for local products, including local sugar, to remain competitive, support is needed.”

Which is a giant, global crony nightmare mess.

What it absolutely is not – is free trade.