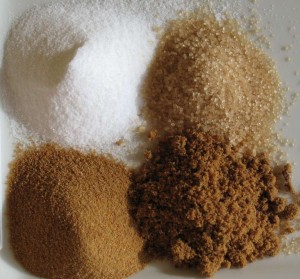 (Chuck Muth, Citizen Outreach) – A recent congressional briefing – sponsored by the Coalition for Sugar Reform, a front group funded primarily by the candy industry – succeeded wildly in perpetuating a modern-day version of The Big Lie.

“Americans are paying twice as much as they should be for sugar,” claims Guy Bentley in a recent article published by the Daily Caller.  “This hurts both the industries that use sugar, like candy manufacturers, and ordinary consumers in the form of higher prices in grocery stores.”

Bentley went on to maintain that the U.S. sugar program, which “has been in effect for 75 years,” is responsible for the loss of some 127,000 American jobs from 1997 to 2011 “because companies were forced to pay an artificially high price for sugar.”

Pravda’s editors would be quite proud of such propaganda.

Secondly, the cost of American sugar is not only a true free-market price, it’s about the same as it was three decades ago when Ronald Reagan was president.  As such, the sky-rocketing cost of a candy bar today is actually due to sky-rocketing taxes, sky-rocketing wages and benefits, and the cost of sky-rocketing government regulations and mandates.

Bentley went on to assert that in 2013 “the direct cost to taxpayers of the sugar program soared to $300 million because the Department of Agriculture was forced to buy up surplus sugar and remove it from the market to prop up sugar prices.”

And now, as Paul Harvey was wont to say, the rest of the story…

The anomaly in 2013 was due entirely to the Mexican government – which actually owns a piece of its sugar industry – abusing the NAFTA trade agreement to “dump” artificially cheap, government-subsidized sugar into the U.S. in an effort to collapse our own domestic market.

What happened next is what needs to happen globally in order to get rid of the U.S. sugar program.

U.S. and Mexican negotiators got together and hammered out a deal that struck a balance between the competing interests of the trading partners.  It’s the sort of deal that not only assures a freer market, but a fairer one, as well.

Congress should follow this example and pursue Rep. Ted Yoho’s “zero-for-zero” proposal in which the U.S. will eliminate its sugar program in return for other global competitors simultaneously eliminating theirs.  At which point Big Candy would no longer have need for their Big Lie campaign.

Chuck Muth is president of Citizen Outreach and the publisher of www.NevadaNewsandViews.com.  He personally blogs at www.MuthsTruths.com.