(Seton Motley) – Monday was a federal holiday.  By that we mean: Government bureaucrats have the day off – the people who pay them do not.  For people addled by Political Correctness (PC) – it was “Indigenous People Day.”  For We the Sane – it was Columbus Day. 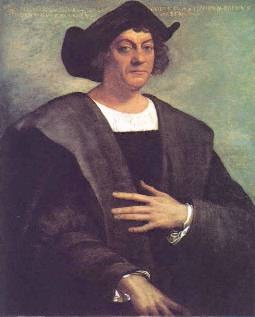 Columbus is of course Christopher Columbus.  The Italian man funded by Spaniards who in 1492 established the European New World connection that led to us today.  (The Vikings got here first – but their imprints eventually withered away.)

Columbus set off to find… a new route to the East Indies (the Old World’s name for much of south and southeast Asia).  Oops.  He thought he had (or never wanted to admit he hadn’t) – which is why the people he found here were called “Indians.”  No matter the confusion, what he did was perilous and visionary – and what he found special and important.  Thus his legacy – and his Day.

Why did Spain’s King Ferdinand and Queen Isabella decide to sponsor Columbus?  Because competitive European free trade was driving the day – and Spain wanted to improve and increase its share.  Trade with Asia was then a great and growing enterprise.  Columbus stumbled upon the New World – while seeking a faster route to Asia by heading west.

Columbus’ discovery augured a huge, centuries-long trade boom.  As the Asian relationship increased its ascendancy – and the New World began blossoming and bearing fruit.  The Trade Triangle was born.  Yet again – we see that actually free trade is a very good thing.

And on Columbus’ second trip to the New World – he brought sugar.  Which was quintessential Trade Triangle.  Sugar is not an America’s indigenous crop – it is Asian.  And the Europeans brought it.  Trade – boom.

“Noting sugar cane’s potential as income for the new settlements in the Americas — Europeans were already hooked on sugar coming from the Eastern colonies — Spanish colonizers snipped seeds from Columbus’ fields in the Dominican Republic and planted them throughout their burgeoning Caribbean colonies. By the mid 16th-century the Portuguese had brought some to Brazil and, soon after, the sweet cane made its way to British, Dutch and French colonies such as Barbados and Haiti….

“During those three centuries, sugar was by far the most important of the overseas commodities that accounted for a third of Europe’s entire economy….”

BOOM.  Sugar was such a wealth engine – the Old World called it White Gold.  So successful still is this transplant that: “Today more sugar is produced in Brazil than anywhere else in the world….”

What isn’t nearly as successful today – is the global trade environment.  In Columbus’ day – it was just about a free market Xanadu.  Peoples from many nations trading almost totally freely – with little if any government impediments to the omni-directional commerce.  Quite the contrary – governments like Spain’s actively sought out new and better ways to trade.

Now – we have nations acting in confused, contradictory fashion.  On the one hand, governments have trade departments and officers seeking new opportunities.  But sadly, that is the much weaker hand.  The other, much stronger hand is actively undermining trade and commerce.

That hand is over-taxing and over-regulating its domestic producers – rendering them far less competitive.  That same hand is simultaneously – in Crony Socialist-fashion – subsidizing and favoring certain industries amongst the uber-regulated.  And that hand is over-taxing and over-regulating imports – making the global marketplace an ever more tenuous place.

Just about every government on the planet is doing lots of this domestic and international meddling.  It needs to stop.  Thus are born free trade deal negotiations.

I mentioned sugar – because sugar is one of the most government-gummed-up markets on the planet.  Brazil is the world’s biggest producer – and probably its biggest Crony Socialist, anti-free market meddler.

Brazilian sugar subsidies?  $2.5 billion a year.  That certainly helped them achieve their Number-One-in-the-World status.  Brazil cuts checks to farmers.  And gives farmers “loans” – for which they never actually seek reimbursement.  And gives them breaks on their government-retirement-program taxes.  And on, and on, and….

Thus are born free trade deal negotiations.  We need to sit down with Brazil – and everyone else who produces sugar.  And start tearing down the government walls impeding actually free trade.  Where we as much as humanly possible zero-out all of this government.  Something Florida Republican Congressman Ted Yoho calls – in his resolution calling for this less government approach – “zero-for-zero.”

The Congressman is absolutely correct.  So were Ferdinand, Isabella – and Columbus.  Let’s get back to those halcyon free trade days.  On sugar – and every other commodity anyone trades anywhere on the planet.

Seton Motley is the founder and president of Less Government. This column was originally published on October 13, 2015 at RedState.com.