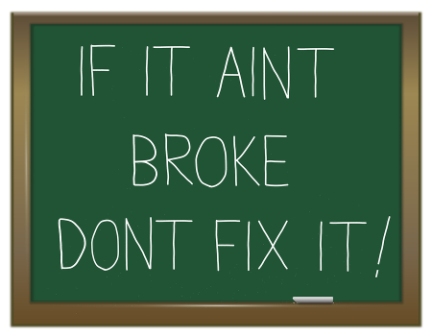 (Chuck Muth, President, Citizen Outreach) – On December 4th, policy analyst Ted Ellis took after the U.S. sugar program using the same tired, old and discredited arguments opponents have been peddling for years, the biggest of which was…

“For decades, domestic sugar producers have been protected from fair competition.”

I guess it all depends on your definition of “fair.”

Indeed, the very next day Pakistan’s DAWN.com reported on a new decision by the Sindh government: “Cabinet approves subsidy on export of surplus sugar.”

This should be simple enough for ANYONE to follow: When foreign competitors receive government subsidies that artificially lower the cost of its exports, that’s not “fair.”  That’s not competing in a “free market.”

On the same day, the Business Standard reported that India’s central government was considering various manipulations of its domestic sugar market, “including further raising the import duty.”

And this sort of government interference is happening all the time in sugar-producing countries around the world, including the biggest global competitors.  This is no secret.  These government subsidies and protections are extensive, widely known and reported on.

Yet critics of the U.S. sugar program such as Mr. Ellis continue to mislead the public and Congress with false claims that U.S. farmers and producers are competing against “fairly priced imported sugar.”  It’s pure propaganda.  “Fake news.”

Mr. Ellis went on to voice support for the recently introduced Sugar Policy Modernization Act – a bill championed, if not written by, Big Candy’s lobbyists – which would gut the U.S. sugar program and throw domestic sugar farmers to the global wolves.

In doing so, Mr. Ellis trotted out The Big Lie; that the current U.S. policy of “price supports and import restrictions on sugar have led to domestic prices significantly higher than elsewhere around the globe.”

So if the cost of sugar-infused products is higher today than thirty years ago – and it is – it’s not because of the cost of domestic sugar.  It’s because of higher costs for labor, taxes, regulatory compliance, insurance and, of course, profit-taking.

If the policy objective is to keep American jobs from moving overseas, Congress should focus on fixing what’s actually broken, not what’s working.