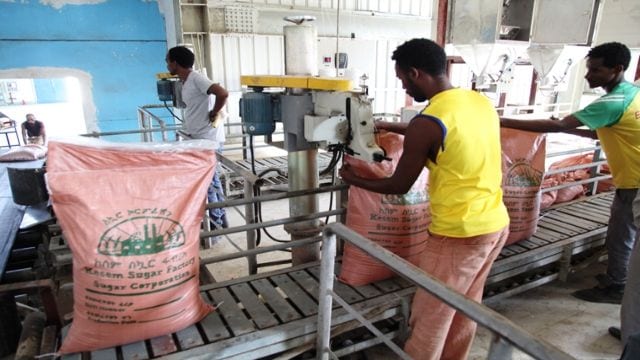 “The new law constitutes the formation of the Ethiopian Sugar Board, an independent regulator,” Fikade reports. “The existing Ethiopian Sugar Corporation, a regulator and owner of state-owned sugar crushers, will be reduced to an industry player and will be considered as one of the founding members of the to be Board.”

“The sugar Board, which is expected to operate under the patronage of the Ministry of Trade and Industry, will have the mandate to license companies and set both minimum and maximum prices of sugar and the like.”

So while the nation’s sugar industry will no longer be government-owned, the government will still have a heavy hand meddling in the market.

In fact, a pair of private consultants “hired to shape the future sugar sector in Ethiopia” – noting “distorted global prices” – have suggested the removal of “the existing 33 percent excise tax levied on local producers” while keeping it for imports.

And according to Fikade, Mekonnen argues that even with “a 33 percent excise tax, 10 percent sur tax, five percent import duty and 15 percent VAT adding up to form 87 percent aggregate tax on imported sugar, it is still sold competitively in the local market.”

The sugar market remains the most distorted commodity market on the planet thanks to government interference.  It is anything but a free market.

Which is why the current U.S. sugar policy – which protects American farmers from global competitors that distort the market with government subsidies and other unfair trading practices – must remain in place.