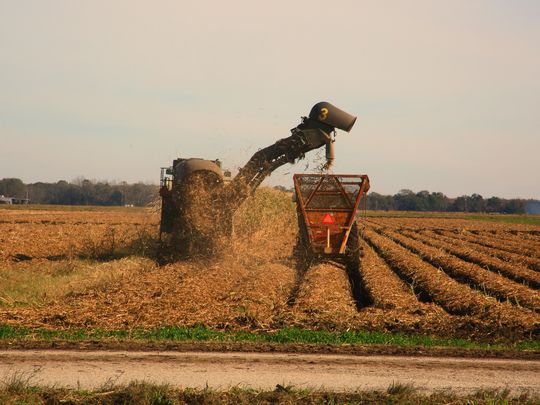 (Chuck Muth, President, Citizen Outreach) – Critics of the U.S. sugar program of targeted import tariffs and quotas regularly point to lower global sugar prices as compared to the cost of American sugar.  But the reality of this simplistic argument is far more complicated – and isn’t comparing apples to oranges.

For example, a recent Wall Street Journal article by Julie Wernau notes that Brazilian sugar producers “are selling sugar at prices that are now below the cost of production.”

How can they do that?  Government subsidies.

And when a foreign government is subsidizing sugar production so that its global price is lower than the actual production cost, that’s not free trade.  That’s unfair trade.

Making the situation even more complicated is the fact that foreign government subsidies make sugar farming far more lucrative than it otherwise would be.  As such, farmers in other countries are growing far more sugar than they – or the world – needs.

And that glut is further depressing sugar prices…which likely will result in even greater government subsidies…which will add to the current glut and continue to distort the actual market.

Nevertheless, Ms. Wernau argues that the U.S. sugar program “kills jobs among foodmakers, who move to Canada and Mexico where they can buy sugar at relatively free-market prices.”

First, that’s like arguing that stolen Rolex watches can be bought “at relatively free-market prices.”  It’s simply NOT a free market when a competitor is cheating or stealing.  Secondly, arguing that food manufacturers are leaving the U.S. for Canada and Mexico because of the cost of sugar is The Big Lie.

But back to Brazil.  Interestingly, the global sugar glut – caused at least in part by Brazilian government subsidies – could shrink in the near future thanks to Brazil.

As Marcelo Teixeira of Reuters noted recently, a growing number of Brazilian farmers are giving up on sugar and instead planting soybeans thanks to Chinese tariffs on U.S. soybeans in response to U.S. tariffs recently slapped on various other Chinese imports.

Even with sugar subsidies, Brazilian farmers are now finding it far more profitable to grow soybeans and sell them to China instead of growing sugar.  Which might eventually alleviate the current sugar glut.

Indeed, when it comes to the global sugar market…it’s complicated.