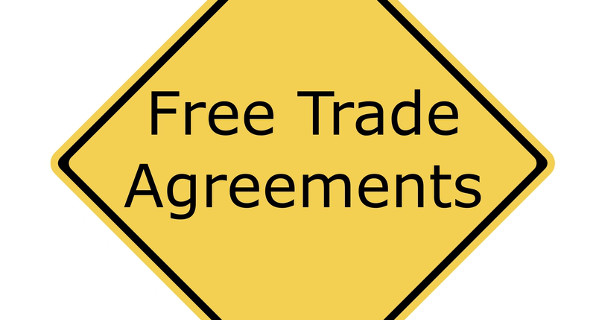 (Chuck Muth) – Folks looking for bipartisanship should look at the free trade issue, as Republicans – normally predisposed to support free trade – are increasingly joining with Democrats in giving such agreements the ol’ stink eye.

The shift in GOP sentiment on the issue has been moving slowly but steadily since passage of NAFTA in the 1990s; an agreement loudly and emphatically opposed by former Republican presidential candidate Pat Buchanan.

As the Wall Street Journal’s Bob Davis noted in a recent article, 38% of Republican voters in a June 2015 poll “said free trade harmed the U.S.,” compared to 35% of Democrats.

However, this shift in opinion may be perfectly consistent with the overall limited-government conservative philosophy of many GOPers…

“Rick Manning, president of the conservative Americans for Limited Government, said an anti-free trade position has become a natural fit for Republicans worried about big government. That’s because the deals benefit politically connected companies that can get the ear of U.S. negotiators, he argued. Trade deals represent ‘corporate cronyism at its worst,’ he said.”

Indeed, Manning argues that voters, including a growing number of GOP voters, aren’t so much opposed to free trade as they are free trade agreements “that benefit politically connected companies” at the expense of those not greasing the wheels of Congress.

In addition, Donald Trump’s campaign in the Republican presidential nominating contest has added even more anti-free traders to the growing coalition, as he continues to hammer “bad” trade deals that reward competitors who he accuses of unfair trading practices.

Surprisingly, most of the GOP field has, to one degree or another, agreed with Trump’s assessment and criticism, especially as it relates to the erosion of U.S. jobs.

And while some in Congress – particularly those representing districts with large candy manufacturing operations – have been clamoring for the elimination of modest trade protections for domestic sugar farmers, most Members recognize that free trade has to be fair, as well.

Which is why there is growing support for Rep. Ted Yoho’s “zero for zero” proposal requiring trading partners to “zero” out their government subsidy programs for sugar in return for the U.S. eliminating its own sugar program.

It’s an idea whose time has come.

The American public is no longer willing to accept trade agreements that reward global competitors with the gold mine while American workers get the shaft.