India Reminds: What DC Has Long Pretended Is ‘Free Trade’ – Is Not Free Trade 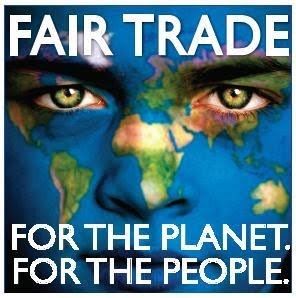 (Seton Motley | Red State) – Washington, D.C.’s very swampy denizens have spent the last half-century-plus perpetrating a panoply of frauds against We the People.

Perhaps the most Gaslight-y of them all – has been DCs fake free trade.

We the People have watched DCs fake free trade – dispatch millions of our jobs and trillions of our dollars to everywhere else on the planet. And our nation – has been hollowed out and caved in.

And when We the People complained about the self-destruction – we were yelled at as nationalist Luddites who are anti-commerce.

Yes. Our opposition to the guys with guns and masks taking our wallets and watches – is “anti-commerce.”

Well, except our government, of course. Because “Free Markets!!!” – or something.

So our half-century-plus of allowing every country on the planet to favor their peoples over ours – has gutted our people and our nation.

The planet tariffs and limits the import of our stuff – which hurts our stuff. And the planet subsidizes their stuff – thereby giving their stuff an anti-market advantage over our stuff.

We do very little of any of this. We do absolutely nothing about their doing it.

Fifty-plus years later – we are in the heinous mess we’re in.

“(Fake) free trade with China means allowing its distortions into our market.

“Refusing to allow our government to ‘pick winners’ by rejecting industrial-policy support to key sectors means that Beijing will pick winners for us.”

“Key sectors” you say? I would say food growth and production is a key sector.

Before you can put on your cheap Bangladeshi PJs and watch your cheap Chinese TV – you gotta eat.

And fake free trade has been devastating our farmers, ranchers and food producers.

By not choosing to defend our producers – we have subjected them to the rest of the planet defending theirs.

“‘These (sugar) subsidies are greater than those allowed by the World Trade Organization, in the order of $10 billion annually. At the same time, it causes an artificial increase in sugar production, which surpasses India’s internal consumption.’…

“‘There is an oversupply, which has caused sugar prices to collapse below production costs. And this causes severe damage to countries that do not have these subsidies, as in the case of Costa Rica.’”

Yet again, a country is cheating to help its people – and screwing everyone else. Not just US. Not just Costa Rica. Everyone else.

“India has announced a fresh round of subsidies to prop up its ailing sugar industry and Australian growers and millers argue the export incentives are an illegal market distortion….

“Previous Indian subsidies have flooded the global market with Indian sugar, and the latest package will extend the glut….

“Brazil and Guatemala joined Australia in an appeal to the the World Trade Organisation (WTO), claiming India’s export subsidies are an illegal market distortion and formal dispute resolution has begun….

“‘We are stunned by this development, just days after the WTO formally established a Dispute Panel to investigate the legality of India’s sugar subsidies,’ said Australian Sugar Milling Council chief executive David Pietsch.

So we wait for the WTO to get its act together and do something about this. If they ever do.

In the meantime, India strip mines the global sugar market – and every non-Indian in it.

Oh: And a huge reason why India’s sugar production was struggling so mightily? Which led to their sweetening their pot with $10 billion a year in subsidies?

Brazil has LONG been subsidizing their sugar production – to the tune of $4 billion per year. Which artificially got them – to controlling almost half of the 100+ country global sugar market.

Again: Commerce is between peoples. Trade Policy – is between governments.

We’re now in a subsidy arms race. With governments heading in the wrong direction – ratcheting upward, rather than down.

Our farmers and producers – getting omni-directional screwed. Yet again.

If our farmers and food producers can’t get a decent price for their stuff – they’ll stop growing and producing their stuff.

And then where will we be?

In the name of fake free trade – DC has gutted our industrial manufacturing.

Which is inconceivably terrible.

In the name of fake free trade – DC is on the verge of gutting our food manufacturing.