India Triples Down on Sugar Subsidies 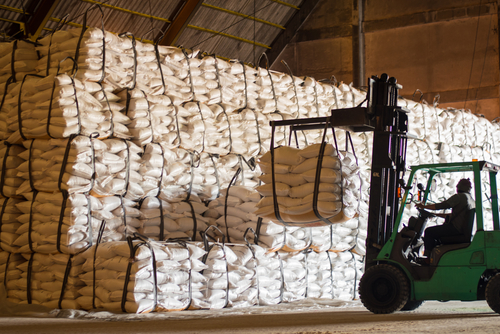 From a Labor Day story by Reuters…

“India is set to maintain sugar export subsidies for a third year in a row in a bid to reduce surplus stocks and ensure domestic prices don’t fall below a government benchmark, three sources involved in policy making told Reuters.

“The subsidies are designed to boost exports from the world’s second biggest sugar producer though increased shipments could put further pressure on global prices, which have already fallen more than 10% so far this year.”

An unnamed government official stated that “Most likely we’ll replicate the kind of support that the government extended to facilitate exports in the current year.”

“Exporting sugar in the coming marketing year would be more challenging for India as top producer Brazil has been flooding the global market with its surplus sugar, Prakash Naiknavare, managing director of the National Federation of Cooperative Sugar Factories Ltd, said.”

Brazil also provides millions of dollars in government subsidies to its own sugar industry.

This is why the U.S. has a sugar policy that applies tariffs and import quotas on sugar from certain countries.

American sugar producers already compete at a disadvantage due to the higher cost of labor here.  But U.S. sugar farmers counter-balance the disparity by producing far more efficiently.

That’s how a free market is *supposed* to work.

But when foreign competitors “cheat” by relying on government subsidies to artificially give their team an unfair advantage, the field-leveling measures of the U.S. sugar program are absolutely appropriate.