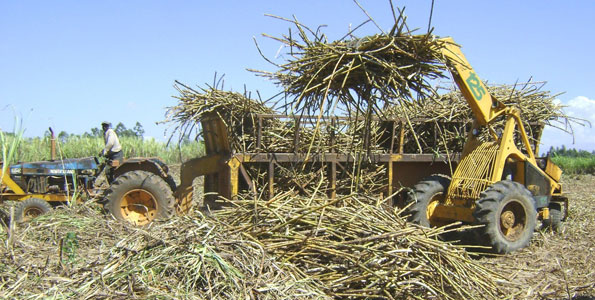 (Chuck Muth) – Today’s lesson in government meddling in sugar comes to us from Kenya.

BusinessDailyAfrica.com reports that “State-owned millers have stepped up calls for bailout as cane poaching threatens to drive most of them out of business.”

“The issue of cane poaching is a menace,” declared Kenya Union of Sugarcane Planters and Allied Workers secretary-general Francis Wangara. “Bailing out the companies will be a noble idea because no company should be allowed to operate without cane.”

Cane poaching?  First I’ve ever heard of such a thing.  Here’s an explanation…

Kenyan cane growers are in line with free-market economics by being allowed to sell their crops to the highest bidder.

Meanwhile, Kenya has government-owned sugar mills while also licensing private sugar factories.  And some of the private factories “poach the cane by enticing farmers with early payment.”

As such, the government-owned mills are suffering a shortage of cane.

Does anyone really believe this sort of thing doesn’t distort the “free” market?

It’s important for Congress – and it prepares for the new 2018 farm bill – to recognize and acknowledge realities such as the situation in Kenya when it comes to the “global sugar market.”

American sugar producers – who receive ZERO direct cash subsidies from taxpayers – are at a significant disadvantage when competing against foreign sugar producers who are regularly and systematically propped up by government aid.

Drafters of the new farm bill would do well to include Congressman Ted Yoho’s “zero for zero” proposal that would eliminate the current U.S. sugar program – consisting primarily of comparatively minor quotas and tariffs on imports – in return for foreign trading partners zeroing out their own subsidy programs which create an uneven and unfair global market.

With a new administration in the White House, now would be an opportune time to try something different.  Because what we’ve been doing certainly hasn’t fixed the problem.