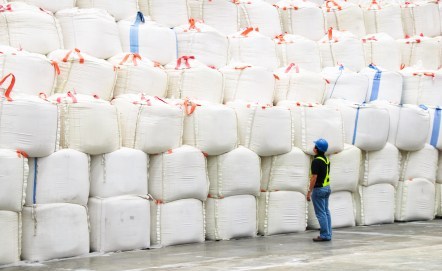 Critics of the current U.S. sugar program continue to ignore the Law of Unintended Consequences and are risking our national food security in the process.

Flooding the U.S. market with cheap, government-subsidized imported sugar would inevitably put many, if not most, American sugar farmers out of business.  And if you don’t think it can happen, just look at Hawaii.

Once a vibrant source of domestically-grown sugar – providing thousands of jobs – there are now no commercial sugar cane operations in the island state.

In the ten years between 2002 and 2012, reported Samuel Ogundipe for the Premium Times last week, Nigeria imported 97% of its sugar, “draining the country’s foreign reserves and having adverse consequences on the value of the national currency.”

So in 2013 the country adopted the Nigeria Sugar Master Plan, “with the objective of achieving self-sufficiency in sugar production and saving foreign exchange on the importation of sugar.”

The success of the effort has been a mixed bag.

Hurdles have included “climate-related problems like flooding, uncoordinated bureaucracy at federal and state levels, counterfeiting of refined sugar, lack of technical manpower, smuggling and sporadic and sometimes violent, agitation within some communities.”

We don’t have those problems in the United States.  We’re already self-sufficient.

But if cheap, government-subsidized foreign sugar shutters American sugar farms, we won’t be able to just go back and start ‘em up again at the snap of a finger.  Odds are those cane fields will have been paved over for housing developments and commercial projects.

At which point the U.S. will be captive to foreign sugar importers, who will then be free to jack up prices that we’ll have no choice but to pay.  Why in the world would we risk that?

The U.S. sugar program works.  Congress should stop trying to “fix” it.