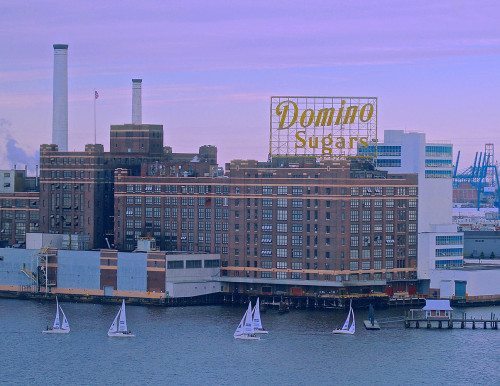 (Chuck Muth, President, Citizen Outreach) – One of the biggest propaganda points spread by opponents of the U.S. sugar program is the idea that sugar imports into the U.S. are completely blocked.  But that’s simply not true.

Mountains of unneeded subsidized sugar from countries that unfairly subsidize their sugar industries and jeopardize U.S. producers are restricted.  But there is PLENTY of sugar coming in from foreign competitors who aren’t “cheating.”

Consider this story published by the Baltimore Sun on October 19, 2017…

“The Domino Sugar Refinery in Locust Point is scheduled to receive its largest ever shipment of sugar – and the biggest ever shipped to a port east of the Mississippi River – on Friday, announced ASR Group, which owns the Baltimore plant.

“The iconic Inner Harbor refinery will receive more than 98 million pounds of raw sugar from the southern Africa nations of Malawi, Mozambique, Swaziland and Zimbabwe aboard the Nord Maru. The 623-foot vessel sailed from Durban in South Africa on Sept. 23.”

The fact is, the United States is actually one of the world’s BIGGEST sugar importers, while most of our major foreign competitors allow NO sugar imports.  In addition, these foreign producers receive the U.S. price for their sugar, making it a great, very valuable deal for them.

Indeed, the U.S. imports millions of tons of sugar from some 40 countries duty free.  In addition, tons upon tons of imported sugar make its way into the U.S. from Central America under the CAFTA agreement and even more from Mexico under NAFTA.

Beyond these amounts – which make up about 25-30% of the total U.S. market – it’s true that the U.S. sugar program has tariffs and quotas in place that effectively block specific foreign countries, such as Brazil and Thailand, from dumping artificially cheap sugar due to unfair government subsidies into our market.

The resolution stipulates that the U.S. will end its sugar program in return for foreign competitors ending government subsidies for their own sugar industries which distort the global price of sugar.  You end yours; we’ll end ours.

But in the meantime, no unilateral disarmament.  Cheaters aren’t supposed to win.