Moving toward a free sugar market 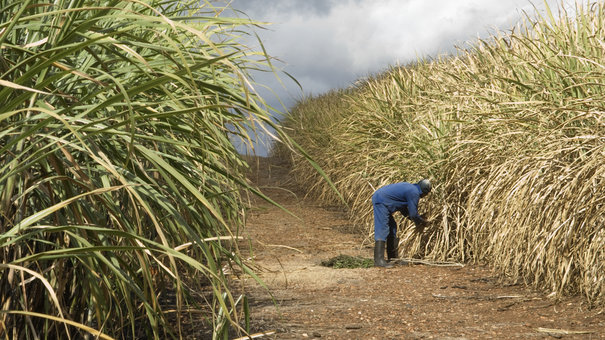 (Mario H. Lopez) – Free trade among free peoples, especially in our hemisphere, is a proven way to promote cooperation, mutual prosperity and opportunity for all. This truism applies throughout the business world, whether it involves the latest technology, major products like automobiles or even the food we eat.

Admittedly, it becomes more complicated with the latter because food is a core component of every country’s security. When a product as important as food is lacking, stability can rapidly give way to social unrest, which may be why governments are prone to subsidizing and erecting trade barriers when it comes to food. Unfortunately, one agricultural subsidy usually begets another.

For example, Brazil’s soil and climate is uniquely positioned for sugarcane production. But this natural advantage wasn’t enough for the Brazilian government. Motivated by the oil crisis in the 1970s, Brazil saw a chance to use sugar as an energy source while simultaneously depressing food prices at home.

Brazil has been on a decades-long quest to coddle its sugar industry and expand production. The Brazilian government started with imposing sugarcane ethanol mandates and government-set prices, and followed with subsidies to offset cane production costs, preferential loans, debt forgiveness, periodic bailout packages, currency devaluation and many more protectionist tactics.

According to a recent analysis, Brazil has been forking over $2.5 to $3 billion a year in goodies to its sugar farmers, and it had amassed a remarkable 50 percent share of global exports.

But Brazil does not operate in a vacuum. Its actions manipulated global sugar markets, thrusting prices below world average production costs and threatening core agricultural industries in India, Thailand, Europe, Mexico and the United States.

These countries responded with sugar subsidies of their own to prop up domestic farmers. India’s government exerted total domestic market control and ladled subsidies on producers to encourage exports. Thailand used $1.3 billion a year in subsidies to increase production. Europe just approved payments to sugar farmers who were teetering on insolvency. Mexico’s government took ownership of sugar mills. And the U.S. used tariffs to keep cheap subsidized imports from flooding the market.

In short, the world sugar market is a mess. In fact, it is widely seen as the world’s most distorted commodity market and it is prone to huge price spikes and collapses because of its undependability.

None of this is good for consumers, taxpayers or anyone else who values free trade. Here at home, there has been attention given in recent months to reform, and during that debate, two clear conservative camps have emerged, both led by conservatives whose are guided by the notion that free trade is preferable to protectionism.

Some want simply to end U.S. sugar policy in favor of subsidized exports. While ending tariffs is a good idea, others point out potentially serious complications: unilaterally disarming U.S. policy would effectively destroy an efficient domestic industry and all the jobs associated with it, while leaving America wholly dependent on foreign suppliers for a food staple. When international supplies inevitably languish, U.S. customers would be first to feel the resulting price spike.

Additional criticisms raise sobering points. A unilateral removal of U.S. tariffs would reward the world’s biggest cheaters with a bigger share of the American market — generally the most sought-after global market — and punish the U.S. without delivering on the overarching goal of free trade, especially considering that there would be little incentives left for other countries to follow suit on their subsidies.

Other conservative reformers support a plan that would use the promise of an opened U.S. market as leverage to wind down the foreign subsidies that are distorting the market, the “zero-for-zero” approach, which would seek subsidy concessions from Brazil, India, Thailand, Europe, Mexico and others in exchange for rolling back the tariffs in U.S. sugar policy.

Although moving toward a free sugar market was hard to imagine just a short time ago, recent movement at the World Trade Organization, where countries agreed to reduce agricultural subsidization, shows that the zero-for-zero plan is plausible.

Creating a mechanism to reduce tariffs, subsidies and other harmful protectionist tactics could be a huge step forward, especially if we are to continue to promote free trade as a means toward creating opportunity and prosperity for the citizenry of all countries involved.

Lopez is president of the Hispanic Leadership Fund, an advocacy organization dedicated to promoting liberty, opportunity and prosperity for all Americans