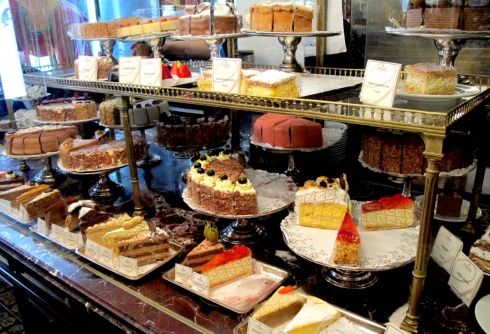 (Chuck Muth, President, Citizen Outreach) – Nick Pyle, chief lobbyist and “attack dog” for the Independent Bakers’ Association, is as relentless as he is redundant.

His misleading, months-old national campaign of cut-and-paste letters-to-the-editor alleging various Members of Congress are “in the pocket of” and have been bought off by campaign contributions from the “beet and cane sugar cartels” have almost reached the legendary status of those Nigerian bank scam emails.

Last week an infamous “Pyle Letter” attacking Senator Amy Klobuchar made it into the Crookston Times, while another attacking U.S. Senator Ron Wyden made it into the East Oregonian.  And as usual Pyle makes ridiculous claims about the U.S. sugar program in both that are easily slapped away.

“The Sugar Program is a Soviet style command and control scheme that…inflates the price of sugar in the United States to almost double the world price,” Pyle claims with near-hysteria.  “So, when you go to the store to buy a snack cake or anything sweetened, you pay more!”

Of course, what Pyle’s letters consistently leave out is the fact that domestic sugar today actually costs LESS than it did before Ronald Reagan was elected president in 1980.

So if you go to the store today and are paying more to buy one of Mr. Pyle’s cakes, cookies or pies, it’s NOT because of the cost of sugar.  It’s because of the rising cost of labor, taxes, insurance, real estate, employee benefits, regulatory compliance and, of course, good old-fashioned profit-taking.

And now sugar farmers who are tired of being Mr. Pyle’s punching bag are starting to punch back.

In response to a “Pyle Letter” targeting Sen. Mike Crapo last week, Randall Grant, president of the Idaho Sugarbeet Growers Association, returned fire with his own letter-to-the-editor published this week by MagicValley.com in Idaho…

“It’s peculiar that Mr. Pyle would criticize Sen. Crapo for backing a program that: 1) supports farmers; 2) doesn’t cost U.S. taxpayers a cent; and 3) provides jobs and boosts the economy statewide and nationally. In Idaho alone, the sugar industry creates over 15,000 jobs and pumps over $2 billion into the state’s economy.

“Supporting the U.S. sugar program does one other important thing: It keeps sugar prices low and stable for consumers by limiting the influx of highly-subsidized, market-distorting, foreign sugar from entering the U.S.

“Without the sugar program, U.S. farmers would have to compete against farmers in foreign countries who are subsidized and sell sugar for prices far below their production cost. That’s about as anti-American as you can possibly get.”