Sugar Subsidies in Egypt are a Deadly Issue…Literally 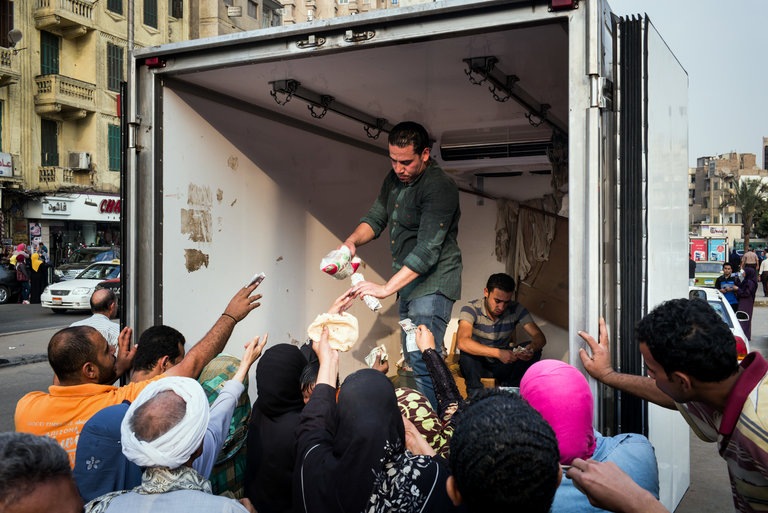 (Chuck Muth, President, Citizen Outreach) – While debate in Congress over the U.S. sugar program is largely an academic public policy exercise, sugar matters in Egypt are deadly serious these days…literally.

Unlike in the U.S., sugar in Egypt is heavily subsidized by the government.  And according to a New York Times story last week, Egyptians are in the midst of a sugar shortage – thanks in part to skyrocketing prices for sugar on the global market – which has “plunged people into a panic”

Egyptian President Abdel Fattah el-Sisi is being blamed for the sugar shortage, as his attempts to overhaul his nation’s sputtering economy have resulted in severe subsidy cuts.

The Times reports that 88 percent of Egyptians “can buy subsidized food through government issued electronic cash cards” – meaning some 80 million people are being hit by the sugar shortage.

As such, some are worried about “a repeat of the 1977 bread riots” when then-President Anwar el-Sadat attempted “to dismantle the subsidy system.”

The situation is so bad that the government is actively encouraging people to call a hotline to report sugar hoarders, and police recently arrested a man for possession of 10 kilos of sugar.

In the U.S. you hear of such arrests when it’s related to heroin or cocaine.  But sugar?

In addition, Egypt has “subsidy police” so that only shops authorized to sell subsidized goods are doing so.  The Times also notes that neighborhood shops sometimes open “after hours to sell sugar illegally to small-time confectioners, cafes and people,” and “two neighborhood sugar traders” were recently arrested.

“Videos about the crisis have been shared widely on social media,” the Times reports.  In one, “a man set himself on fire in Alexandria, screaming after he set himself alight: ‘I can’t afford to eat.’”

Meanwhile, back in the States…

Candy-makers and other confectioners continue to carp about the steady, reliable source of U.S.-produced sugar costing about the same as it cost three decades ago.

They are demanding that Congress unilaterally eliminate the U.S. sugar program of comparatively minor sugar quotas and tariffs on foreign government-subsidized imports.

Because, hey, who here wouldn’t want to be more like Egypt, right?