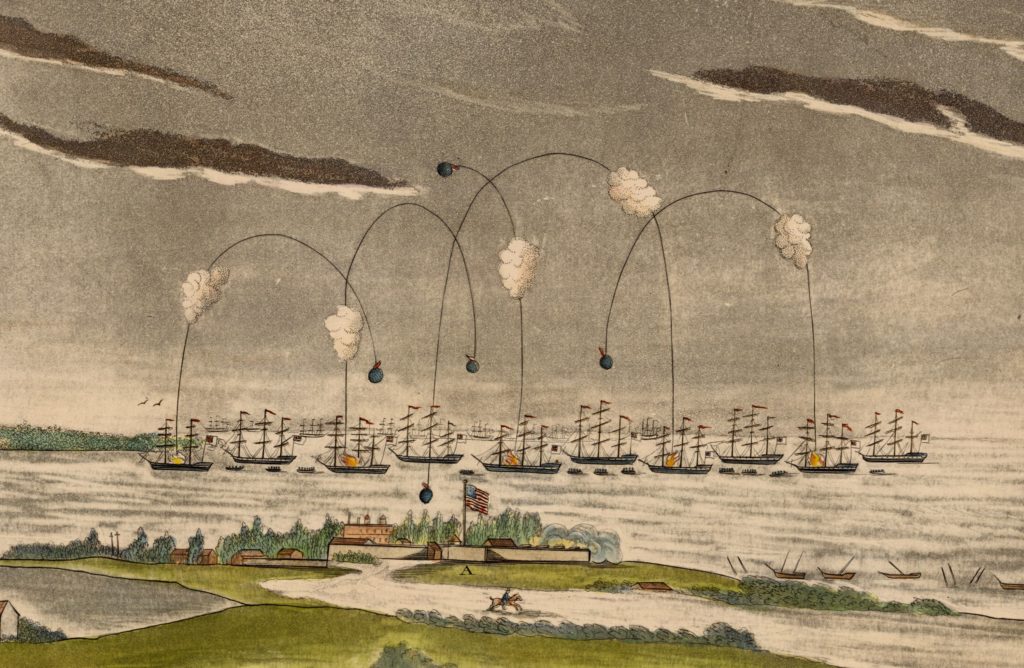 (Chuck Muth, President, Citizen Outreach) – During the War of 1812, Fort McHenry was the only thing standing between the almighty British Navy and a full-blown invasion of Baltimore…which would have opened the door for an all-out assault on Washington, DC.

Fortunately for the Americans, the defenders at Fort McHenry put up a fight and repelled the invasion.  But what if the fort’s commander had tried a different strategy?

Suppose he sent a boat out, under a flag of truce, to the commander of the British Navy and made this offer…

“We’re going to lay down our arms and abandon our cannons and give you free passage into Baltimore harbor if you want.  But we hope in response to our gesture you’ll turn your ships around and leave us alone.  Now, we’re not demanding that you do so.  Just hoping you will.  Either way, we’re going to unilaterally disarm because it’s the right thing to do in the interest of peace.”

Do you think the British commander would have taken that offer?  Or do you think he would have sailed his ships, unmolested, past the fort, into the harbor and captured Baltimore?

The American sugar industry today is facing a similar scenario.

All manner of foreign competitors are hoping to break into the U.S. market; competitors armed with government subsidies and other market-distorting weapons that give them an unfair advantage over American sugar producers.

Fortunately, the U.S. sugar program provides weapons, in the form of limited import restrictions and modest tariffs, which protect our industry from those who are cheating the system.

Unfortunately, there are some in Congress who believe we should lay down these weapons unilaterally and rely on the good nature of our opponents do the right thing and stop propping up their own industries.

Common sense tells us the only sane option is to keep our defenses in place – just like Fort McHenry in the War of 1812 – unless/until the other side agrees to, simultaneously, lay down its arms.

Unilateral disarmament would be nothing short of market suicide.  Let’s hope smarter heads prevail in our nation’s capital.