The ‘zero-for-zero’ policy on sugar could be a roadmap forward for the U.S. on trade 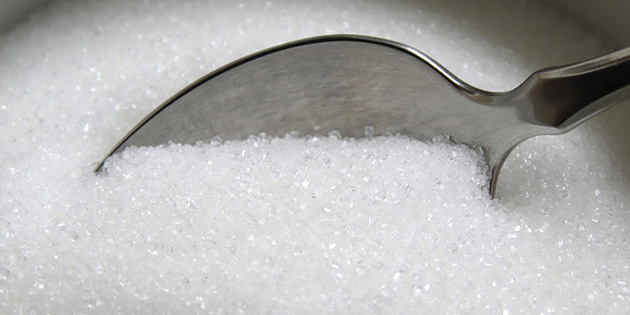 National Trade Council Peter Navarro’s comments outlined a policy that he said would create jobs while balancing trade deals the president has said are unfair to America. As many experts and pundits have pointed out, it’s a pretty tall order.

With these roadblocks, the question becomes how America can lead in moving the world toward more free market policies that will help the U.S. economy and be palatable to other nations that, after all, need to be willing participants in any trade deal.

One might look to the treatment of agriculture, an industry that is central to the economies of developing and developed countries alike.

Agricultural markets are becoming more and more volatile – and less and less predictable for farmers – amid growing subsidization and government intervention. Sugar, a crop that is essential to the economic wellbeing of many in Caribbean and Latin American nations, is a good example.

Notably, the world price of sugar is lower the average cost of production. That’s because the world market isn’t a real market with real prices. Instead, it’s a dump market where the world’s biggest producers—Brazil, Thailand, India and the European Union—sell highly subsided sugar at any price it will fetch.

These countries are able to do this because, back home, they are paying farmers with taxpayer money and using tariffs to block foreign competition. Brazil alone spends nearly $3 billion a year on sugar subsidy payments and controls almost half of the world’s sugar exports.

President Trump criticized nations like these on the campaign trail.

“America…has allowed foreign countries to subsidize their goods, devalue their currencies, violate their agreements and cheat in every way imaginable, and our politicians did nothing about it,” he said.

In terms of turning that criticism into a productive policy, one member of Congress believes he has found a way forward for the sugar market. Rep. Ted Yoho (R-Fla) recently introduced legislation that promotes a “zero-for-Zero” sugar policy.

The upshot is that the U.S. will agree to end its sugar subsidies in return for foreign governments doing the same. Essentially, it puts America in a position to leverage greater access to its coveted market in exchange for subsidy roll-backs from foreign countries.

Since the United States is among the world’s most efficient agricultural producers, American farmers would thrive in a subsidy-free, tariff-free, and less regulated environment. Many economists believe prices would naturally rise to cover costs of production, which would also benefit emerging economies that depend on sugar production.

“Zero-for-Zero” is perfectly consistent with the fair and balanced market approach espoused by the president, and many free market champions have publicly endorsed the plan, with some suggesting it be expanded beyond just sugar.

Sugar producers throughout Latin America might consider adding their names to the growing list of supporters. It will allow them to compete on efficiency and quality instead of the size of their respective government treasuries. And it will disarm subsidizing superpowers and create a level playing field.

Best of all, it does so in a way that is much more likely to be perceived as fair and encourages reciprocal trade that will benefit American consumers and workers and the economy at home and abroad, address one of President Trump’s major policy goals without abandoning free trade and without resorting to costly and ultimately counterproductive escalation of trade tariffs and other barriers.

Mario H. Lopez (@MariohLopez) is president of the Hispanic Leadership Fund, an advocacy organization dedicated to promoting liberty, opportunity and prosperity for all Americans.  This column was originally published in The Hill on April 23, 2017